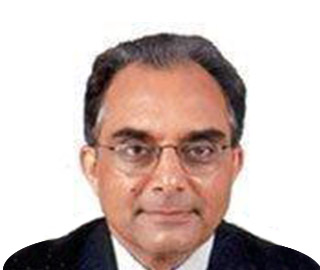 Mr. Sudhakar Rao is a retired Indian Administrative Service (IAS) Officer of the 1973 batch. After initial postings at the field level in the State of Karnataka, he went on deputation to the Union Government as Under Secretary in the Ministry of Power, where he was closely associated with the work of the path breaking Rajyadhakshya Committee on Power. He was Deputy Commissioner & District Magistrate of Shimoga District during 1982 and 1983. He proceeded on deputation to the Government of India once again after completing his district assignment, and was Deputy Secretary in the Department of Economic Affairs, Ministry of Finance for two years and Director in the Prime Minister's Office for two years, dealing with policy matters covering social sectors. Later he was Joint Secretary in the Ministry of Power, entrusted with the development of hydel power in the country following which he was posted as Minister (Economic) in the Embassy of India in Washington for four years.

On retirement, he was appointed as a Member of the Public Enterprises Selection Board (PESB) from which post he resigned on 26.10.2010.

Mr. Rao is also an Independent Director on the boards of various companies / Institution/s (including Indian Oil Corporation Limited , CMC Ltd, .and Public Interest Director on the Board of Bombay Stock Exchange Limited). He is also the chairman of BFSI Sector Skill Council of India and the chairman of the India chapter of Common Purpose. Mr. Rao is on the IFFCO Foundation and Varalaxmi Foundation of the GMR group. He is also the present chairman for the advisory group of the Bangalore School of Music. Mr. Rao is the Group Advisor, Strategy and Development of the Manipal Education and Medical Group.

Mr. Rao was conferred the Kannada Rajyotsava Award, under the public service category by the Government of Karnataka on November 1, 2010.

Other Members of the Board